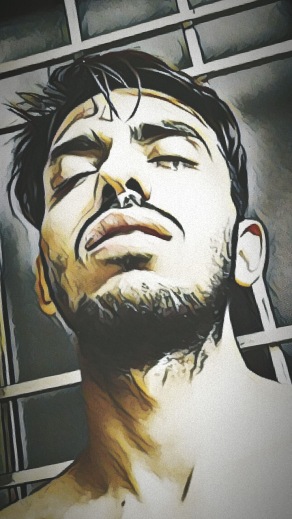 the unembellished glass on my window
is not of a reflecting kind, it changes color
with the sun’s brow, disguised by its own
retention of what hitherto it did beget –

when i think about selves, i mirror
the glass of my window, and pluck apples
from my eyes to taste the sense of sight,
and single out every experience in its own light,

when i think about lives, i snigger
like the loony bark of the mutt outside, and push
into the so-called oblivion, a thought to right
the wrongs of being one of a kind, of this plight,

when i think about you, i am triggered
by your mirror of my own life, and try to pick
from your eyes, any sign of a comic relief, to indict
myself for subsumption of an egotistic delight,

when i think about myself, i quiver
like the potent wine of the sky outside, and pull
out from my own self, a torn thought to site
every memory, to extinguish into the night.

jarred from a pint of smoke
swirling like a gothic eyeliner
in my lungs, i feel the white rush
of an unsung addiction all over me
(being breathless in lieu of living),

i have seen beatific dreams of
an obtuse octopus, jeering jellyfishes
through my inner-channel
of reprieve – the loss of only a certain
kind of mediocrity,

i do not fit into the lines of my sleeping bag,
too big to carry my shoes on the head,
or crown me with metal links, or to tattle
through fists – the truth of only a certain
kind of morbidity,

i am a wastrel marooned in the aftermath
of my demise by goodness, unfit to perform,
cease control to rememorize, or to chase
my ghosts – the habit of a certain
kind of melancholy.

Image source (Up In Smoke Painting by Meredith B)

For Wordle # 202 at Mindlovemisery’s Menagerie

It’s been a while – I haven’t felt the need to make a post in all this time. I have still been writing and discovering new avenues of my own expression, developing and improving the craft of my verse and its corresponding art. I have incidentally worked on a short collection for myself, indulging in everything from writing and editing to framing the layout and designing the cover (owing to my amateur skills in layout and designing software). It’s been an invigorating experience. My thoughts are catered now towards the idea of getting it published perhaps – I do not know yet whether I should pitch it for traditional publishing or self-publish it instead.
Nevertheless, it’s good to be posting something on this blog again, which had helped me through the harshest of times and made me fall deeper and deeper in love with poetry. 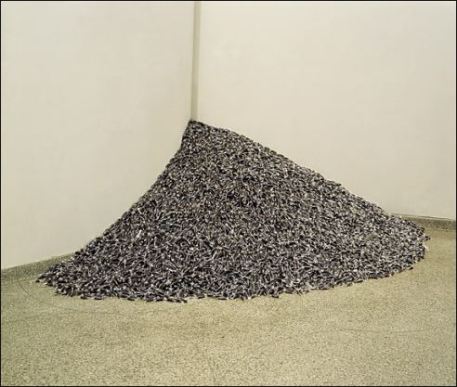 where do truths come from and where do they go to die?

in this dreary consolation of time, I can see the whirl
of their wheels, and banished desires living on scraps.

if you’d told me of this night two nights back, I’d have believed
but never more.
who’s to say when the flowers droop and colors fall off of the sky?

it’s an inlaid embroidery; intricacy paves the way for simplicity –
I see babies cooing to each other, and people fucking their lives up
in search of one consoling hand. I see men showing junk, and women
trying to hide their breasts, both from an obsolete sense of loss.

where do lives begin and where do they fall over?

in this nest of living and unliving, dying and undying,
I carve lines into the air, of desire, of an unintended mirth
and we laugh. We laugh, we weep, but we just can’t hold each other.

we just can’t hold each other up anymore.

For “A Skyflower Friday” writing prompt at With Real Toads. 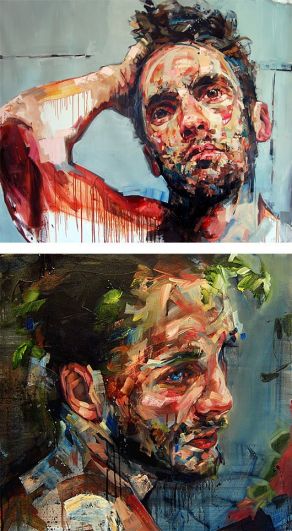 I exist in the voices,
in sounds-

gentle, ricocheting against
the loud bass in the background
and speaking in hushed tones
in corridors where the tiles
are no longer bleached white.

I exist in that TV volume, defined
by the bars that identify the
intensity of my intent,

exist in the grrr grr grinding
of thoughts into an unpalatable
mush, that I got served for
dinner,

I am defined by the water striking
the s(k)in(k) surface, I am that

you no longer pay attention to, END_OF_DOCUMENT_TOKEN_TO_BE_REPLACED

soaring to the provinces exotic,

through riddled rivers and beyond,

amid the wars waged, blood shed,

from the acreages of the admonished,

to those sprawled over thrones gilded,

voyaging over the convoluted traps,

covering every stretch, every single gap,

inebriated by the purple lord of vines,

condoning the ill will of the queen fine,

plummeting into the oceans to coral palaces,

congregating with mislaid heroes in peril,

from beneath the proboscis of wisdom,

pardoned by his tricks, and wondrous wit quick,

O Hermes, it is he who cruises through realms,

consociating the mortals with the divine,

coiling snakes wrapped around his kerykeion,

his burdens carried out, instrumented by talaria,

within the cushions of which, he rests his feet,

and let these winged sandals take him,

engrave his name on scrolls of myths,

to his destinations, he is a mystic messenger,

with an avian ability, gifted, seeded by father king

The dVerse prompt today is to write about shoes. I chose talaria which are the winged sandals of Hermes. Though I have used the theme partially, I hope that is alright.

I apologize for not mentioning the mythological references in the piece earlier. They are:

3. To coral palaces: Palace of Poseidon

4. Heroes: Demigods(half human and half god)

6. Why stealing olives?: Olive tree was the gift from Athena for the people of Athens and therefore, the city was named after her.