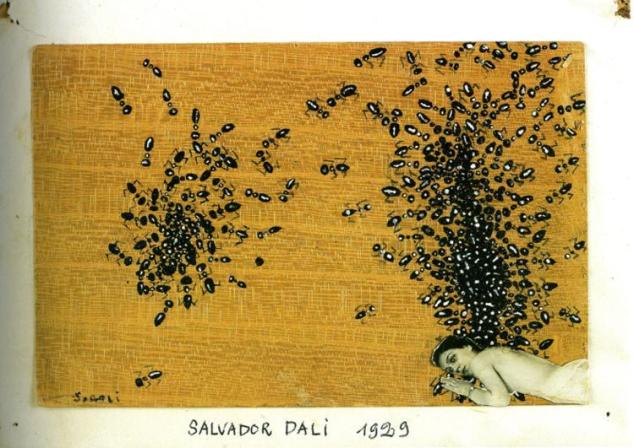 my room is infested with ants. their dark, mellow bodies struggle against surfaces, solid or not, to find a passage to somewhere. some of them climb on me, walk up to my calves, to my thighs, before i realise they are there with stinging pain and shed them away. some die in the process, the rest wriggle free of this temporary shortcoming and find their way again.

they are like my words, that are often incompetent and even inchoate because i see life as a long series of misguided and misunderstood syllables. they are like wor(l)ds that speak from the downfall and seek approval to be present.

last year that i spent in a far off city, i would often jump a wall, go out in search of a cup of chai and smoke, with words bursting like tiny crackers in my mind that got transferred to all those who sought (something) on the streets. and sometimes, i would want to be that tall woman in a magenta saree to have that purposeful gait, that man who seemed like a fleeting answer to all my shattered believes, or that dead butterfly.

(i encountered some ten of them this time last year, followed by dead dogs and dead birds till the end of the year, which i took as a marker of my own death but it hasn’t worked out too well)

i have a lot to say but words seem futile and rudimentary for something wordless, even soundless. like the moon seemingly in the wrong direction on that beach evening (i cannot begin to forget it) or those crabs carrying my weight in the dark as i ventured alone with only moonlight as my guide to a bridge i knew was there, but not reaching anywhere. when i had opened the maps application on my phone, it showed that i was in the middle of the sea, the unstable ground left far away. but i was not drowning. so, i retraced my steps, lonely as wind, frazzled like an ant.

now i am in my home, spent more than three months here already, which is at least twice the total time i spent here (before this) in the last seven years. words are simple here. they come and go, climb up and down, rise high and low, sometimes without consequence, sometimes requiring me to kill them because of the pain that they cause — a moment’s pain but measured in the depths of a lifetime.

and i carry that alone through the day to the next, through the month to the next. waiting. believing that the words would set it right, that i will learn to walk out and get somewhere again.

This blog completed nine years a couple of weeks back. Marking the anniversary pretty late but here’s something.

7 thoughts on “of ants, words, and passages”

Here is where you tell me something... Cancel reply